What exactly is the aorist tense, you might ask, despite we have mentioned this tense several times in the grammar section of this website. 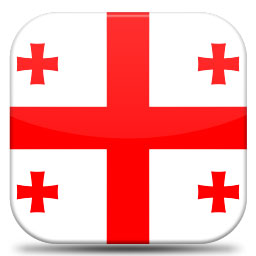 Introduction to the Aorist Tense

Georgian is not the only language which has an aorist tense. The aorist tense appears in all the Kartvelian languages and also in Greek and Serbian.

The aorist tense is a special tense which indicates some kind of abstract past tense. In Georgian, the aorist tense primarily covers the past subjunctive and indicative. Unique to the Kartvelian languages, the Georgian aorist tense governs the subject of the sentence to be in the ergative case. This is not the case with the Greek and Serbian aorist tenses.

When using the aorist tense in Georgian, it is crucial to know how Georgian nouns are declined in the ergative case. Refer to the first grammar session to see how the ergative case is declined.

The Aorist Tense in Depth

Serbian, Macedonian, Croatian, and Bulgarian are the only Slavic languages which have aorist forms of verb conjugation in their grammars. All these Slavic languages are spoken in the Balkans. Greek has a form of aorist tense, but it is more pronounced in Ancient Greek than in modern Greek.

In Georgian, the aorist tense covers the past subjunctive as well as the past tense and is conjugated the same way. The pluperfect tense in Georgian can govern the dative case, which can make it even more confusing for non-native speakers to learn.

The Ergative Case in Conjunction with the Aorist Tense

Though most languages which have an aorist tense do not have a special case which the subject takes on when performing an action in the aorist tense, Georgian does. In fact, the ergative case is unique to Georgian and the other Kartvelian languages, such as Megrelian, Laz, Basque, and Corsican.

In Georgian, the subject takes the ergative case with any basic past tense covered in the aorist tense. See the examples below.

Notice in the examples above, the past subjunctive is in the aorist tense and thus the subject Nick changed from the nominative case (which is usually the case for the subject) to the ergative case. Also notice that the direct object, a letter, is in the dative case in both the present and future subjunctive tenses. In the aorist it too changes, and the direct object changes to the nominative case.

Here are some more examples:

How to Conjugate and the difference between ცოდნა and ცნობა

Unlike English, Georgians have two verbs for to know. One is ცოდნა, which is to know how, or to know how to do something, to know about something. On the other hand, the verb ცნობა also means to know, but in the context of knowing someone. Both verbs govern the ergative case in all tenses. Another unique trait of the Georgian verbs for to know is that their present and future subjunctives are the same. The aorist however does differ. They are conjugated below.

Aorist (past subjunctive) of ცოდნა

Aorist (past subjunctive) of ცნობა


When conjugating both verbs for to know, the subject is always in the ergative whether in the present or aorist tense. See examples below.

* Note that many times in Georgian, when a person speaks a language, Georgians will say that person knows a language.

In Georgian, the verb ცოდნა can also be used to describe certain happenings in certain areas or with certain people. Basically, ცოდნა can be used to indicate happenings, like an area or person knows how to do that particular “phenomenon”. See examples below.

If you notice in the example above, the Georgian sentence is describing the extreme weather changes during the month of March, however, the sentence translates literally as “March knows warm and cold weather.

Again, the verb ცოდნა is used to describe a phenomenon which tends to happen in California. Thus the sentence reads California knows earthquakes.

Other examples of habituals using the verb ცოდნა are also listed below.

Basically, the literal translation is Small children know how to cry.

Basically, the Georgian literal translation is Merab knows how to get angry.

As you can see habituals are often described with the use of the verb ცოდნა. This form of to know is only in knowing how to do things or know about things. This verb is not used in knowing someone.

When talking about knowing someone, the Georgian verb ცნობა is used. The verb ცნობა is specifically used to denote knowing a person, a group, etc. It has to do with people and possibly pets, otherwise, inanimate objects, actions, and habituals use the verb ცოდნა. Like ცოდნა, the verb ცნობა governs the subject to be in the ergative case in all subjunctive tenses.

Because the verb ცნობა denotes knowing a person or people, they can also be conjugated with the personal prefixes. See examples below.

As you can see in all the above examples, the subject is always in the ergative case, the ergative ending highlighted in blue. Notice also in the phrases where the direct object is in either the first or second persons, regardless whether singular or plural, the personal prefixes are used in the conjugation of the verb ცნობა.

Conjugation of the Basic Verbs in the Aorist Tense

Do you remember conjugating the basic verbs ending in -ება, -ობა, and -ვა in both the present and future subjunctive in the previous chapters? This was quite easy, right? Well, though the aorist tense is more complicated and how the past tense being in both the subjunctive and indicative forms, these verbs are still rather easy to conjugate in the aorist tense.

Conjugation of the Verb აკეთება (to do, to make) in the Aorist Tense

Conjugation of the Verb გათბობა (to heat, to warm) in the Aorist Tense

Conjugation of the Verb მოკლვა (to kill) in the Aorist Tense

See the examples below for the three classes of regular verbs conjugated in the aorist tense. Notice the correlation of the ergative case for the subject of the sentence with the aorist tense of the verb.

* The banya is actually a Russian pastime. It is a wet sauna in which you sweat, then you get into a cold pool of water and enjoy the camaraderie with close friends.

Several things are noteworthy in the examples above. Notice with the personal pronouns, only the third persons singular and plural change in the ergative case. First persons in both singular and plural do not change from the nominative case. Also notice the verbs of the third group, მოკლვა (to kill) and შეკრვა (to tie, to tie up) conjugate the same way. If other verbs of the third group conjugate differently in the aorist tense, it will be indicated so.

Irregular and Medial Verbs in the Aorist Tense

This can get rather tricky. The aorist tense can get very confusing when it comes to irregular and medial verbs. Furthermore, with the verb ყოფნა (to be), and this also includes all the motion verbs which include this form as well, the conjugations can differ from verb to verb. We will have some irregular and medial conjugation tables below.

The Aorist Tense of the Verb ყოფნა (to be)

The Aorist Tense of the Verb მისვლა (to go)

The Aorist Tense of the Verb ტირი (to cry)

The Aorist Tense of the Verb ჯდომა (to sit)

The Aorist Tense of the Verb წერა (to write)

Note in the last sentence in the above examples, ამინდები (the weather) is in the nominative case, not in the ergative case. Why is this? Basically, the primary subject in the sentence was ჩვენ (we). We were sitting outside… That part of the sentence is in the past subjunctive, however, the reason why we were sitting outside – the weather was beautiful… This is more in the past perfect which does govern the nominative case, not the ergative case.

წავედით ერთად! Let’s go out together!

In the next chapter we will cover the pluperfect and masdars.