In this chapter, we’ll teach you the basics of German grammar.

But don’t worry: We’ll keep it as short and informative as possible, and we’re going to show you only the things you really need for a quick start into the German language. 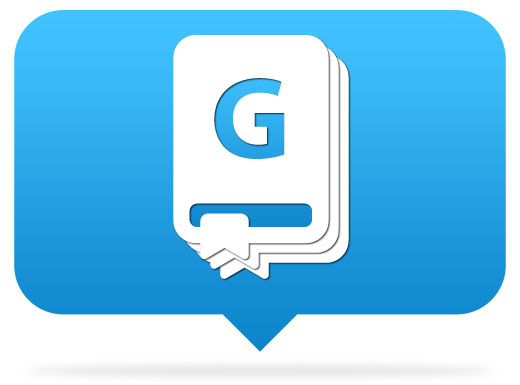 This means that it’s quite an easy language to learn for English and Dutch speakers, since they’re closely related. It won’t be very hard either for speakers of Danish, Norwegian and Swedish, but since those belong to the North Germanic branch, they’re not as close to German.

Don’t think it twice and join us in this ride, you won’t regret it! Always remember that while you have to study the grammar to know the rules of the game, it’s no use if you don’t play it!

This lesson is part of the chapter “Learning German“.

The Basics: Nouns, Pronouns and Determiners

Nouns are the words that give names to living creatures and things. Nouns are easy to identify because they always start with a capital letter. The important thing to know is that words in German have a gender and a number, and we have to know which articles to use in each case.

Gender is different in German because it’s grammatical, this means that gender has to show in the word and the article. For example, if we say “student” in English, we don’t know if the person we’re talking about is a boy or a girl, in German we can, because the word for a male student is “Student” and the word for a female student is “Studentin”. In this case we only had to add -in to the word to form the female form, but it’s not always so easy, as many words are completely different and only have one gender. Learning the article that goes with a word is pretty much the only way to learn its gender, let’s take a look at the following table with the three genders that exist in German: masculine, feminine and neuter.

As you learn more you’ll notice that certain kinds of words use certain articles, for example, male persons, along with day, months and seasons use der; female persons, plants and fruit tend to use die; and places, countries, colors and verbs used as nouns tend to use das.

In German there a different ways of forming the plural, while in English we only have to add an -s at the end of the word. Here we’ll tell you how the plural is usually formed and some clues to learn it, but since there are exceptions to these rules, the best way to learn them is by reading a lot and checking the plurals in the dictionary, so don’t learn this by heart. We have to use the article in plural, die.

How the German Plural is formed

A pronoun is the kind of word that can take the place of a noun. Just like in English, personal pronouns in German are used to address the speaker (first person), the person(s) the speaker is addressing (second person), or other persons or things being spoken about:

Demonstratives are the words we use to point to something or someone. These are determiners, make sure not to confuse them with demonstrative pronouns! What we’ll see here is the German equivalents to the English this and that.

These are the most frequent in spoken German, and they are used in the same way as the definite articles, however, they are pronounced with an stress on the vowel, the hand gesture of pointing the object can go with them as well.

Dieser is more frequent in written German, but it can be used in spoken German, too. It has several forms to convey gender, number and case, but we’ll take a look at the nominative for now since that’s what we’ve been working with up to this point.

Possessives are the words we use to indicate possession. Possessives determiners are used just like in English, there’s one for each personal pronoun, and we have to add an -e at the end to make the feminine and the plural forms.

The verbs are words that express action, existence or occurrence. Using verbs in German is more complicated than in English because they have much more forms, conjugations, this means that the verb changes depending on the person, tense, number or mood. There are several kinds of verbs and we’re going to see the most important rules to keep in mind, there are exceptions and the only way to go around this it’s to just memorize them one at a time, and practicing a lot, never give up! We’ll see the infinitive, past and past participle forms since the rest are based on this three. You’ll still have to learn the conjugations and the form the verbs take for each person, but this will give you an overview.

There are two main types of verbs, we have to take the “main” part of the verb and add the endings:

It’s important to note that there are common irregular verbs that don’t follow any of the rules we have seen, among this are sein (to be) and haben (to have), just learn their conjugations by heart since they are very important!

Now that we have some of the basics down and we can make simple sentences, we’ll learn how to form negative sentences and ask questions, along with giving some simple answers to those questions to sum up everything we’ve seen in these lessons.

There are to ways of negating something in German depending on what we want to say, let’s see when we use each of the words:

Kein is the negative form of the indefinite article, we could translate it as “not any”, “not a” or simply “no”. Because of that, we use it with nouns that don’t have an article, and instead of an indefinite article. The feminine and plural form is keine.

Example: Ich habe keinen Garten. (I haven’t got a garden.)

We use the word nicht to negate verbs, pronouns, adjectives or adverbs. We can also use it with nouns with a definite article or a possessive, and proper nouns (names). It’s important to know where to put nicht in the sentence, the basic rules are that it’s located just before whatever it’s negating or at the end of the sentence when it’s negating the verb.

If you want to get information you’ll need to elaborate a bit more, and make use of the question words, which are the following (with examples):

With all that we’ve seen until now we can from simple sentences, but if we want to go further we need to learn the cases. The case in German determines the function of a word or a part of the sentence, it gives us information about what the words that make a sentence are doing.

In English we mostly get the information based on the order of the words, but in German this is not so important. Depending on the case, the form of nouns, determiners, pronouns and adjectives will change. Up until now we have worked with the most basic case, the nominative, but there are three more: accusative, genitive and dative.

Adjectives are words used to describe nouns. Just as in English, they come before the noun in the sentence, but they change their form (ending) depending on the case, gender and number of the noun. They can also come right after the verb on their own and in that case they have no ending. This changes in the ending of the word are called declension.

The best way to learn these is trough practice as well, but we’ll give you something to start with and use as a reference. Let’s have a look at the three types of declension:

It’s mainly used after a definite article and other determiners that decline, like dieser.

Used when the determiner has no ending or there’s no determiner with the noun.

It uses both the weak and the strong declension, and it’s used with ein, kein and the possessives. Look at the table below and compare it to the two above in order to see what this mix means!

Prepositions are important because they show the relationship that a noun has with other words in a sentence. Basically, together they can express time or place, for example. The prepositions also carry the case, which can never be nominative.

Let’s take a look at some of the most common prepositions with their case:

Phew, that was a lot. But always remember: Leaning a language is mainly about understanding and being understood (at least in the beginning). Don’t be afraid of making mistakes, it’s a natural part of the learning process. The more you practice and talk to other German speakers, the more familiar you’ll get to the language and its specialities.